A story of the convergence of crime, business and politics in southern India.

This documentary film (about 90 minutes) in three overlapping segments highlights the political, economic and ecological consequences of iron ore mining in and around the Bellary district of Karnataka and Ananthapur district of Andhra Pradesh.

The promoters of privately owned mining companies in Bellary/Ananthapur, who used to fund the activities of political leaders in the past, are today important politicians themselves. Among them are the Gali Reddy brothers, two of whom hold ministerial positions in the B. S. Yeddyurappa led Bharatiya Janata Party government in Karnataka. Gali Janardhana Reddy is Minister for Tourism and Infrastructure Development and Gali Karunakara Reddy is Revenue Minister while Gali Somasekhara Reddy is President, Karnataka Milk Federation. A close associate of the Reddy brothers, B. Sreeramulu, is Health Minister in the state government. The Reddy brothers and their supporters reportedly have links with influential politicians in the neighbouring state of Andhra Pradesh where they have promoted a mining company.

The influence of the brothers has not diminished despite allegations – by the Karnataka Lokayukta (or ‘People’s Ombudsman’), the Union Ministry of Mines as well as the Supreme Court of India appointed Central Empowered Committee (CEC) – that their supporters and associates have indulged in illegal mining. It has been alleged that the boundary between the states of Karnataka and Andhra Pradesh has been trespassed and that forest laws had been violated during mining operations. The Reddy brothers and their associates deny these allegations.

This Manthan had a screening of the film and an interactive session.

Paranjoy Guha Thakurta is an independent journalist and an educator. His work experience, spanning 34 years, cuts across different media: print, radio, television and documentary cinema. He is a writer, speaker, anchor, interviewer, teacher and commentator in three languages: English, Bengali and Hindi. His main areas of interest are the working of India’s political economy and the media, on which he has authored/co-authored books and directed/produced documentary films. He lectures on these subjects to general audiences and also trains aspiring – and working — media professionals. He participates frequently in seminars, is a regular contributor to newspapers, magazines and websites and is featured on television channels and radio programmes as an anchor as well as an analyst and commentator.

Born on October 5, 1955 and educated at St. Stephen’s College, University of Delhi (1972-75) and at the Delhi School of Economics (1975-77) in the same university from where he obtained his Master’s degree in economics, he started his career as a journalist in June 1977 and has been employed with various media organizations including companies bringing out publications such as Business India, BusinessWorld, The Telegraph, India Today and The Pioneer. He worked with Television Eighteen (now Network 18) for almost six years between 1995 and 2001 when he anchored a daily discussion programme called “India Talks” on the CNBC-India television channel — nearly 1,400 half-hour episodes were broadcast. From March 2007 onwards, he has been anchoring two one-hour-long weekly programmes for Lok Sabha Television (the channel owned and operated by the lower house of the Parliament of India) – a panel discussion called “Headstart” and an interview called “1-on-One”. He has anchored programmes for other television channels as well.

He is (or has been) a visiting faculty member at over a dozen reputed educational institutions including the Indian Institutes of Management at Ahmedabad, Bangalore and Kolkata, Jawaharlal Nehru University, Jamia Millia Islamia, the Indian Institute of Technology, Kanpur, the Film & Television Institute of India, Pune, the Lal Bahadur Shastri National Academy of Administration, Mussoorie and the Indian Institute of Foreign Trade, New Delhi. In September 2010, he became a Visiting Professor in the Department of Political Science, Faculty of Social Sciences, University of Delhi, to teach M.Phil students. He is a member of the Press Council of India nominated by the University Grants Commission. He was a member of a sub-committee of the Council which prepared a 71-page report — “Paid News”: How Corruption in the Indian Media Undermines Democracy — in April 2010. He is a media trainer and a consultant/adviser on India’s political economy. He was the founder director of the School of Convergence (SoC). He has been a consultant at the Institute of South Asian Studies, National University of Singapore, making presentations and writing papers on Indian politics. He has been associated with a number of projects of the United Nations Development Programme and the International Labour Organization. He moderated two panel discussions at the International Labour Conference at Geneva in June 2009.

He has co-authored a book with Shankar Raghuraman entitled: “A Time of Coalitions: Divided We Stand”, published by Sage Publications India in March 2004. The book was able to anticipate the outcome of the 14th general elections in India, the results for which came out in May that year. A substantially revised, updated and enlarged version of the book titled “Divided We Stand: India in a Time of Coalitions” was published in December 2007. He has written “Media Ethics: Truth, Fairness and Objectivity, Making and Breaking News” published by Oxford University Press India in March 2009. A new edition of the book is under preparation. He has contributed articles and chapters to books such as “Realizing Brand India” edited by Sharif D. Rangnekar (Rupa, 2005) and “India: The Political Economy of Reforms” edited by Bibek Debroy & Rahul Mukherji (Bookwell, 2004).

He is a partner of Media Network of India, a firm engaged in designing and creation of content for all media (print, radio, television, websites and mobile phones), contract publishing, media training, establishment of radio stations, marketing and business development for media organizations. 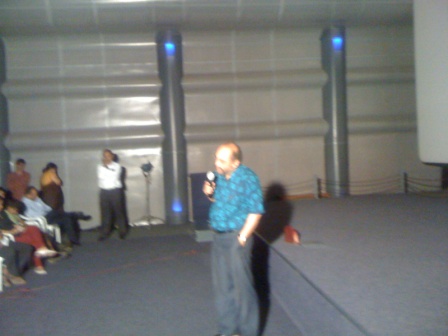