Britain’s justification for colonial rule in India stressed the impossibility of Indian self-government. And the empire did its best to ensure this was the case, impoverishing Indian subjects and doing little to improve their socioeconomic reality. So when independence came, the cultivation of democratic citizenship was a foremost challenge.

In his new book ‘India’s Founding Moment, Madhav Khosla explores the means India’s founders used to foster a democratic ethos. They knew the people would need to learn ways of citizenship, but the path to education did not lie in rule by a superior class of men, as the British insisted. Rather, it rested on the creation of a self-sustaining politics. The makers of the Indian Constitution instituted universal suffrage amid poverty, illiteracy, social heterogeneity, and centuries of tradition. They crafted a constitutional system that could respond to the problem of democratization under the most inhospitable conditions. On January 26, 1950, the Indian Constitution the longest in the world came into effect.

The events and ideas of India’s Founding Moment offer a natural reference point for these nations where democracy and constitutionalism have arrived simultaneously, and they remind us of the promise and challenge of self-rule today.

The book based on which the Talk will be delivered has received high praise.

“Democratic citizenship, for India’s founders, meant individual freedom for all, regardless of religion, caste, class, or culture. In this insightful analysis of one of the most significant postcolonial constitutions in the world, Madhav Khosla provides an essential framework for understanding current challenges to the fundamental principles upon which the country was built.” Bruce Ackerman, author of Revolutionary Constitutions

“Erudite, analytically dazzling, and with a rare understanding of both India’s and democracy’s challenges, Madhav Khosla’s India’s Founding Moment gives readers unparalleled access to the ideas behind India’s radical experiment in democratic constitution-making. As that noble vision is now under assault from sinister forces that Gandhi, Nehru, and Ambedkar knew well, we all should ponder Khosla’s all-too-timely book and do whatever we can to prevent the demise of India’s constitutional order.” Martha C. Nussbaum, author of The Cosmopolitan Tradition: A Noble but Flawed Ideal and The Clash Within: Democracy, Religious Violence, and India’s Future

“This brilliant and challenging book shows how political choices what to put in a constitution, the locus of effective power, and the forms of representationcan create citizens who can and must govern themselves in a modern democracy while facing deep challenges caused by poverty, caste, and illiteracy. It is at once a contribution to Indian constitutional history, constitutional theory, and political theory, and is a ‘must read’ for everyone in those fields.” Mark Tushnet, author of Taking Back the Constitution

“Khosla’s superb study of the almost miraculous emergence of Indian democracy is an exceptional interweaving of complex and subtle insights from jurisprudence, political theory, and intellectual history.” Sudipta Kaviraj, author of The Enchantment of Democracy and India

“This is a sensitive analysis of the moral imagination behind the Indian Constitution, a document intended to free the democratic process from sectarian identities and to strengthen centralized state power. As Indian democracy struggles to stay on the rails, Khosla’s book is a timely reminder of what it was meant to be.” Partha Chatterjee, author of The Black Hole of Empire.

Khosla studied political theory at Harvard University, where his dissertation was awarded the Edward M. Chase Prize for “the best dissertation on a subject relating to the promotion of world peace”, and law at Yale Law School and the National Law School of India University, Bangalore. His interests range across the fields of public law and political theory, and his current research focuses on three themes: (a) the theory and practice of constitutionalism under conditions of rapid democratization, weak state capacity, and low levels of socio-economic development; (b) the nature and form of “comparisons” in comparative constitutional law and comparative political thought; and (c) the relationship between law and populism. Khosla’s work has been cited by courts in India and Pakistan. 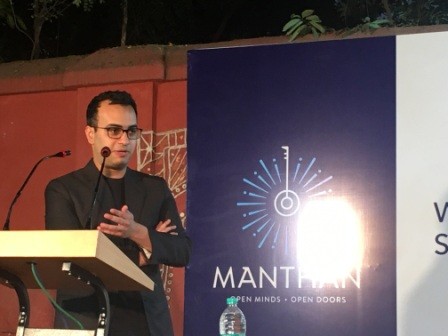 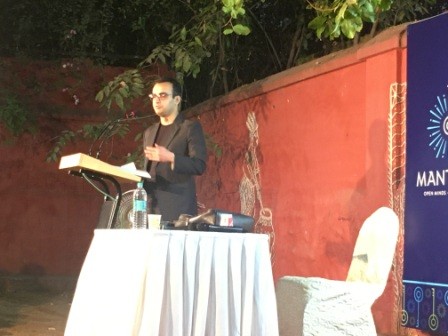