Microfinance in India the Past, Present & Future – Vijay Mahajan

Microfinance has been one of the biggest innovations in economics. It has transformed the economic and financial landscape significantly. Microfinance has recently been the subject of major controversies for various reasons.

Vijay Mahajan, the pioneer of microfinance in India,  took us through the history of microfinance, its present state and how it is likely to evolve in the future. Known for his deep knowledge and understanding of the subject, his analysis was both completely topical and illuminating.

After IIT-D, Vijay worked in Philips as a marketing executive for four years, before going to IIM-A where he made up his mind to work in rural development. Soon after graduating from IIM-A in 1981, Vijay started working in the rural development field in Bihar, the poorest state of eastern India.  In 1983, he established an NGO, PRADAN (Professional Assistance for Development Action, www.pradan.net), along with Deep Joshi who joined it full-time in 1986.  By 2009, PRADAN worked with over 150,000 poor households, promoting livelihoods and community institutions. PRADAN’s work is highly regarded by the NGO community, donors and the government. In 2009, Deep Joshi was honoured with the Ramon Magsaysay Award.

Moving on from PRADAN in 1991, in search of a scalable, mainstream approach to livelihood promotion, Vijay carried out various consulting assignments related to rural livelihoods from 1991-95, for the World Bank, SDC and NABARD.  Vijay co-authored a book The Forgotten Sector: Non-Farm Employment and Enterprises in Rural India (London: ITDG, 1996) and since then has published over 20 articles on microfinance, livelihoods and development, including in the International Journal of Development and the Economic and Political Weekly of India.

In 1995, Vijay conceptualised BASIX as a “new generation livelihood promotion institution” and it was set up in mid 1996. Till March 31, 2010,  BASIX had helped support the livelihoods of over a million and a half poor households in the agriculture, allied and non-farm sectors by extending micro-credit worth over Rs 2250 crore (USD 500 million), with a 99.1% repayment rate. BASIX goes well beyond micro-credit to offer a “triad” of livelihood promotion services including savings and insurance services, agricultural/business development services and institutional development services to rural producers and their groups. BASIX is one of the leading organisations in the world in micro-insurance as well as in mass financial inclusion. See more at www.basixindia.com

While building BASIX as a livelihood promotion agency, Vijay has been active in the field of policy analysis and advocacy. He was a member of the High Level Committee on Financial Sector Reforms, chaired by Prof Raghuram Rajan and also of the Dr C. Rangarajan Committee on Financial Inclusion, established by the Government of India; and the Insurance Regulatory and Development Authority (IRDA) of India. He is the Principal Advisor on Livelihoods to the Government of Rajasthan’s Mission on Livelihoods.  He has been a member of the Planning Commission Working Groups on Poverty Alleviation, the Task Force on the National Rural Livelihood Mission and a Committee on MGNREGA Planning.

Vijay serves on the Boards of major Indian development organisations – ASSEFA, a Gandhian NGO, Gram Vikas and the Development Support Centre, major NGOs in Orissa and Gujarat, respectively.  He has earlier served on the Boards of the National Foundation of India, the Aga Khan Foundation, India, PRIA, SPWD and ARAVALI – a government-NGO collaboration forum in Rajasthan.  Among educational institutions, Vijay has served on the Boards of The Livelihood School, the Institute of Rural Management, Anand (IRMA), Indian Institute of Forest Management (IIFM), Bhopal and the advisory board on the program on public policy and management of the Indian Institute of Management, Ahmedabad. Internationally, Vijay served as the Co-Chair of the Global Advisory Council on Social Entrepreneurship (GACSE) formed by World Economic Forum (WEF) in 2009. In May 2010, Vijay was elected Chairman of the Executive Committee of the Consultative Group to Assist the Poor (CGAP), a global microfinance body set up by the World Bank and 33 donor countries and seven Foundations.

In 2002, Vijay was selected as one of the 60 “Outstanding Social Entrepreneurs” of the world, by the Schwab Foundation, set up by the founder of the World Economic Forum (WEF), Davos, where he was a speaker in a number of sessions. In 2003, Vijay was conferred the Distinguished Alumnus Award by the IIT, Delhi.  In 2009, Business Week, Asia Edition, named him among the “50 most influential Indians”. Vijay was conferred the HSBC Access Award for his “Contribution to the Microfinance Sector” at the Microfinance India 2009 Conference. 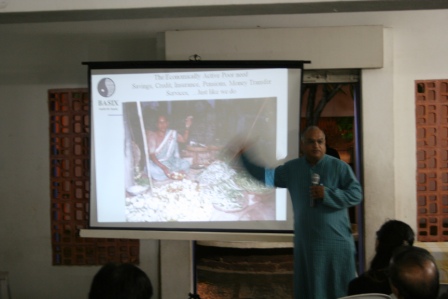 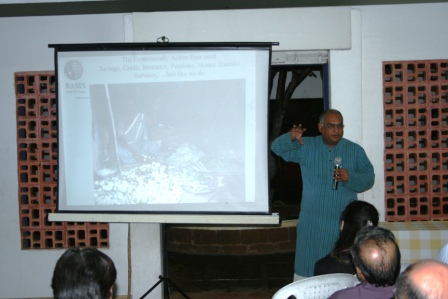 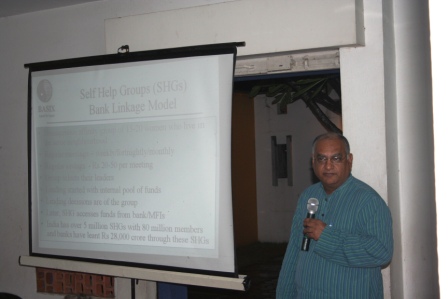 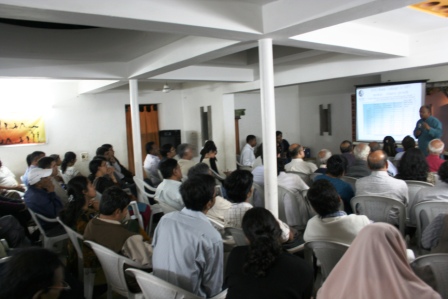 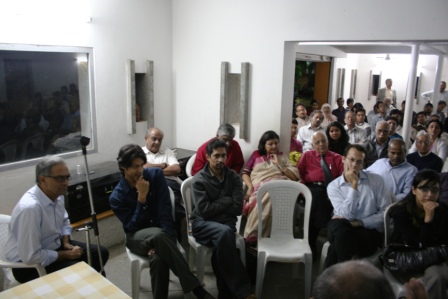 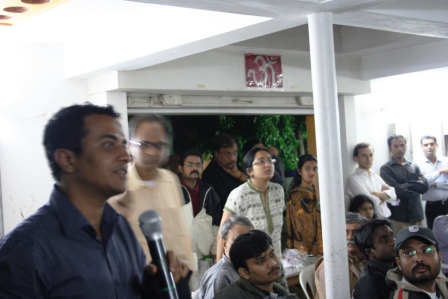 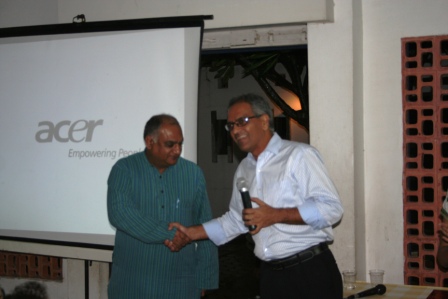 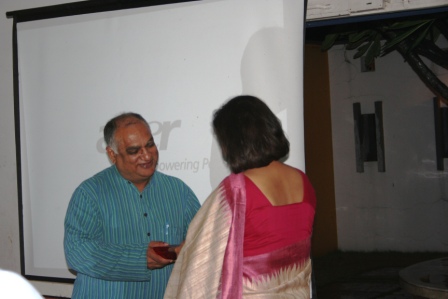