NaMo – good to be next Prime Minister? – Kingshuk Nag

The country was passing through an unprecedented political crisis and although elections are nearing the expectation is that it will throw up ambiguous results leading to the establishment of a minority government. With that being the expectation, political parties had become active in making alliances and identifying friends and foes. All this had brought public focus on politics like never before. In this scenario, a certain gentleman called Narendra Damodardas Modi has catapulted centre stage. Though there was opposition to him from his own party and outside, this man had to be watched for Elections2014. With his tremendous zeal Modi is now the darling of a significant section of the middle class even as he continues to be a hate figure for an equally significant section. Whether you love him or hate him , there is no way Modi can be ignored. The talk  focused on Modi as a person , his policies and the political situation in which we are operating. It also dwell ed on whether Elections 2014 would  turn out to be one where one votes for Modi or against him.

NaMo Story: A Political Life: Kingshuk Nag’s latest book
One of the truly enigmatic personalities on the contemporary Indian political canvas, Narendra Damodardas Modi is difficult to ignore. From his humble beginning as RSS pracharak to his rise in the Hindutva ranks, and from being Bharatiya Janata Party’s master planner to one of the party’s most popular and controversial state chief ministers, Modi’s mantra of change and development is gradually finding many takers in the current political scenario. Though he evokes vastly different reactions among the citizens for his role during Godhra aftermath, what is absolutely clear is that he indeed is racing towards the centre stage making 2014 General Elections look more like a Presidential system – where, you either vote for him or against him. And that, as they say is the Modi effect. In this new book, Kingshuk Nag paints the most vivid portrait of the extraordinary politician who is all set for a new role in the coming years.

Kingshuk is a 24 X 7 journalist and has been that way for many years. This means (in his own words) that he lives – what can be called – the life of a dog with no Holi, Diwali and holidays. His cell phone could ring at midnight with a colleague informing him about some late news break. The cell phone can also buzz at dawn with some bigwig angrily reacting to a story that has appeared in the newspaper and which shows him in a not so flattering light.
For the record Nag is the Resident Editor of The Times of India at Hyderabad and has been in this position since July 2005. Earlier on he was the Resident Editor of TOI at Ahmedabad for five years May 2000- June 2005. Between January 1998 – April 2000, Nag spent his time functioning as the Business Editor (South) of TOI based out of Bangalore. He had moved to the (then) garden city from the rough and tumble of New Delhi where he has the Chief of Business Bureau of TOI between June 1993 and December 1997. For all those who came in late TOI is the largest selling English broadsheet in the world.
However Nag has not been a journalist all through his professional life. After passing out of the Delhi School Of Economics in 1980 where he read Economics for a post graduate degree, he started his working life (after a few odd jobs here and there) in Mumbai with The Tata Economic Consultancy Services. A couple of years later, after learning the ropes of market economics, he was back in Delhi, the city that he had grown up in. Nag worked for the Associated Chambers of Commerce and Industry of India (Assocham) for a few years and then became a full time journalist with the Business India magazine.
Though his tenure in Delhi coincided with the period of liberalization and that in Bangalore with the rise of the city to the status of Silicon Valley of India. The most happening period in Nag’s career was in Gujarat which witnessed a devastating earthquake in 2001 and unprecedented riots in 2002. The riots brought him in direct confrontation with the powers that be and he had to brave threats of various types (including threat of social boycott). It will not be an exaggeration to say that TOI‘s whistle blowing went a long way in ultimately stopping the riots. For his labours, Nag was also given the Prem Bhatia award for excellence in political reporting and analyses of the events of 2002 in Gujarat. The citation commended him for showing tenacity, courage and determination in bringing out the unvarnished truth in Gujarat and also setting a benchmark that made it easy for others to withstand official and non-official pressures.
Kingshuk’s recent book is the much talked about, topical, ‘NaMo Story – a Political Life’ about Narendra Modi is making waves.
Nag wrote a book on Battleground Telangana. His earlier book was also written during his present tenure in Hyderabad: The Double Life of Ramalinga Raju. It explored why Raju did what he did and what motivated the IT czar to become a scamster.
Nag has varied interests including subjects as esoteric as astrology and ‘is man a robot which went out of control of the makers?’ In 2010, he was given the Rajiv Gandhi state level Sadhbhavana award by the Rajiv Gandhi Forum of Orissa.
His personal motto “ Courage is Destiny” has influenced him a lot and incidentally this was the motto of the school – Frank Anthony Public School – that he went to in Delhi. 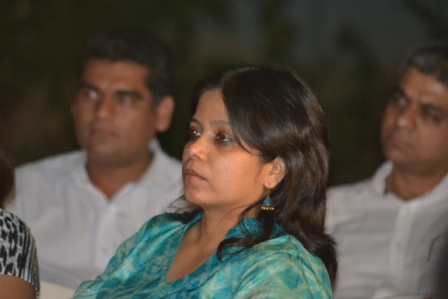 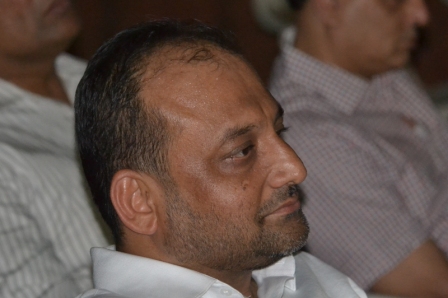 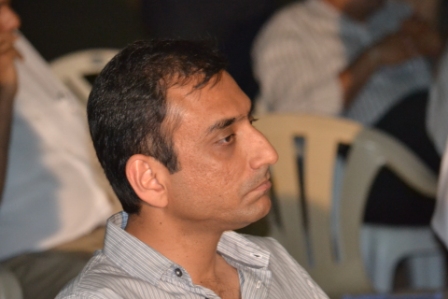 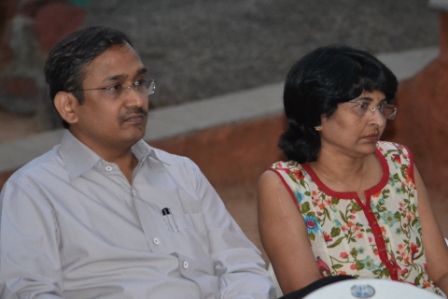 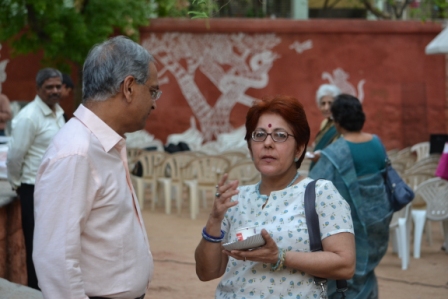 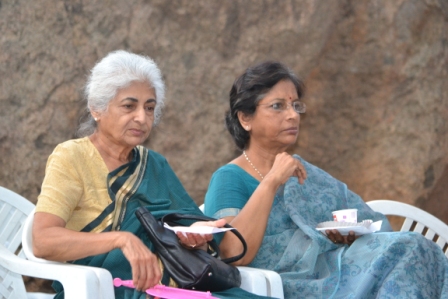 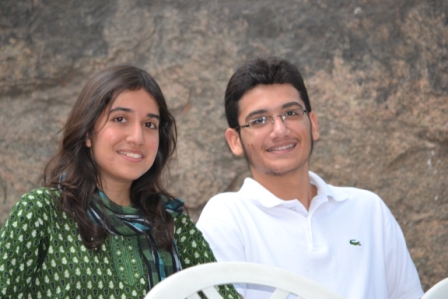 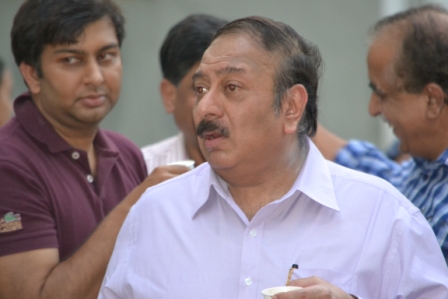 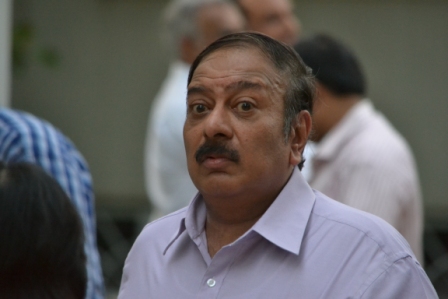 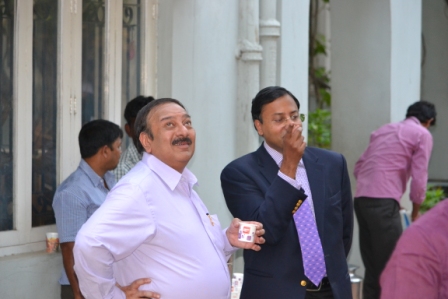 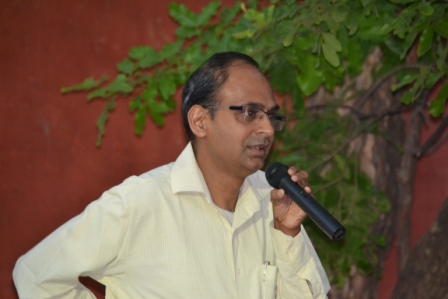 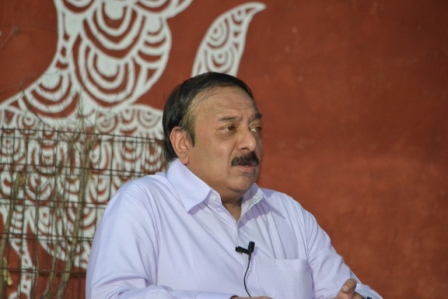 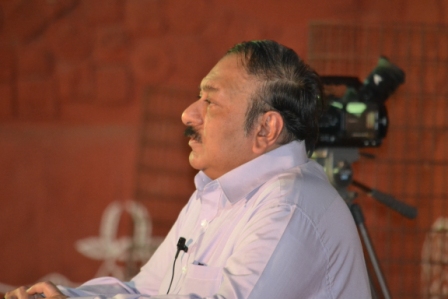 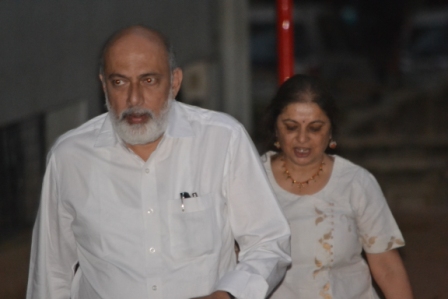 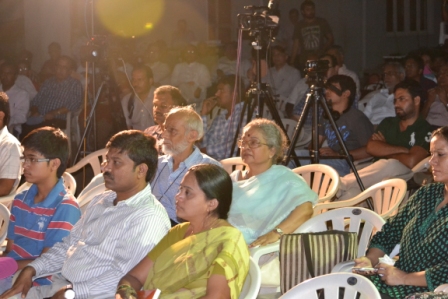 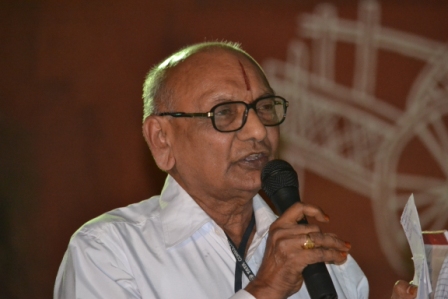 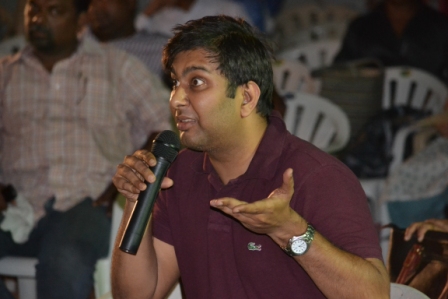 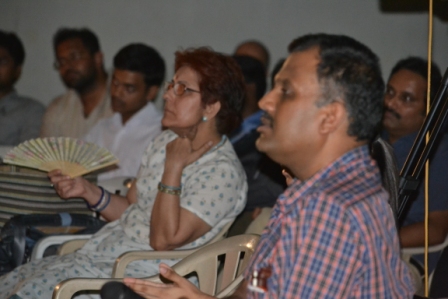 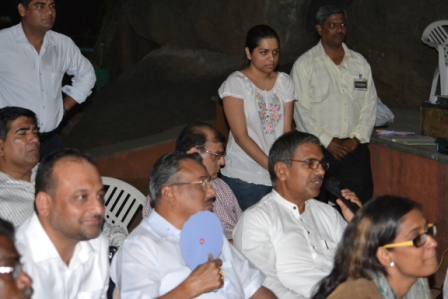 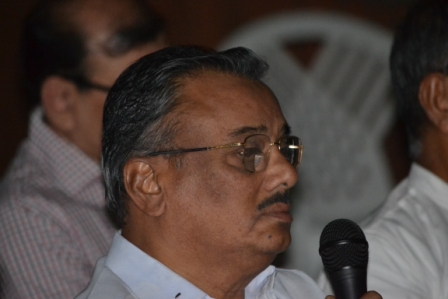 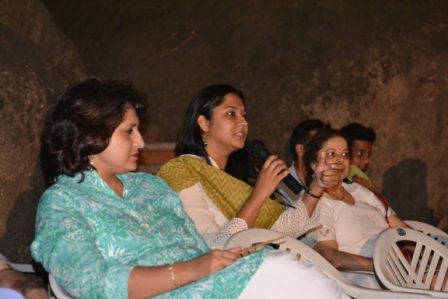