The Book & The Talk

‘To know is to understand. To understand is to be at peace or – embattled.’
The RTI Story: Power to the People is the story of a campaign that evolved into a genuine and vibrant people’s movement.

RTI has been one of the most momentous and impactful reforms India has had since independence. Its story deserves not only to be known but celebrated and learnt from.

Culled from the voices of people, often such stories only feed into the research of scholars, largely unacknowledged and forgotten. The dominant narrative is always from the perspective of the ruler and single individuals. One had hoped that democracy would set it right. But the people who are the primary contributors to the discourse always remain on the fringes.

Written by Aruna Roy with the MKSS collective, this book is for everyone who asks questions, seeks answers to fight corruption and injustice, and challenges arbitrary power. It is a celebration of commitment laced with humour, the struggle, the songs, the theatres of protest, long spells on the street and drafting a peoples’ law.

Aruna Roy resigned from the IAS in 1975 to work with peasants and workers in rural Rajasthan. In 1990 she helped co-found the Mazdoor Kisan Shakti Sangathan (MKSS).

The MKSS struggles in the mid 90s for wages and other rights gave birth to the now celebrated Right to Information movement. Aruna continues to be a part of many democratic struggles and campaigns.

This book is a collective history that tells the story of how ordinary people can come together and prevail against great odds, to make democracy more meaningful.

Comments for the Book
‘I have watched with enthusiasm the growth of a people’s movement from the streets of Beawar, the State Legislature to the halls of Parliament and beyond. This book, like its story, is by the people and for the people. I see myself as a member of this powerful movement.’
Kuldip Nayar, Veteran journalist and human rights activist

‘It is a story of ants fighting the elephant. MKSS has organized the ants to make the state concede the right to know. In the name of secrecy the marginalized have been victims of opaque and power centric state. But it was the power of grassroots that pushed the parliament to enact the law. As enshrined in the preamble of our Constitution the state is accountable to “we the people”. The struggle for transparency, equality and dignity is still on…’
Bezwada Wilson, Safai Karmachari Andolan, Magsaysay Award winner

‘We have here an account of the birth and evolution of a law that like no other since the framing of India’s constitution, has captured the imagination of India’s peoples cutting across the vast diversities and contradictions that constitute this nation. This phenomenon is recounted by raconteurs who were pivot to the multitude of inputs and demands that made this possible… essential reading not only for students of India’s constitutional evolution but for all aspirants to making democracy real for the citizens of this troubled world.’
Wajahat Habibullah, Former CIC, Central Information Commission

‘Over the years, the work of MKSS has been invaluable in promoting justice and equity for the entire community of workers and peasants in our country. This book makes for a fascinating reading. It tells the story of its evolution from the early beginnings to the present day. The immediacy of experience that active participants bring to the narrative is extremely relevant and persuasive.’
Shyam Benegal, Acclaimed film-maker and socially committed citizen

‘The RTI is one of the most significant acts of legislation in recent years. If properly implemented, it can be used to provide the urban and rural poor their basic necessities of life and ensure some social justice.’
Romila Thapar, Famous Historian and Professor Emeritus, JNU

There has been media coverage of the Manthan event. 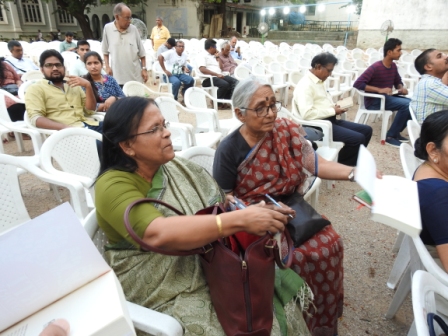 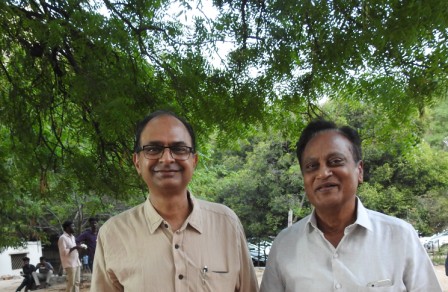 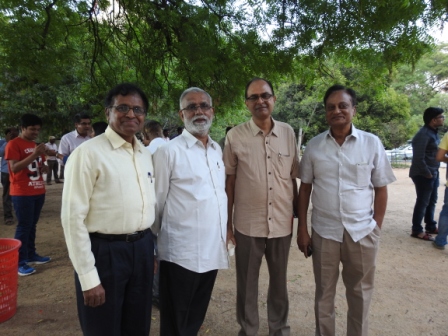 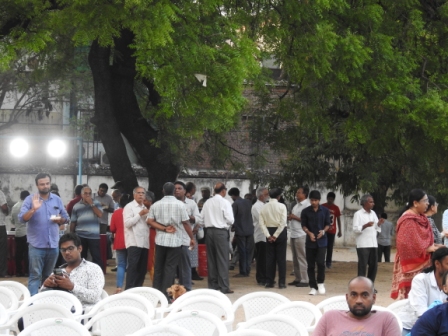 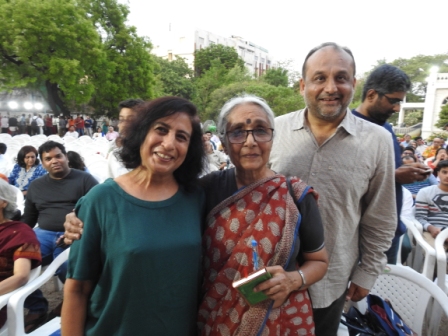 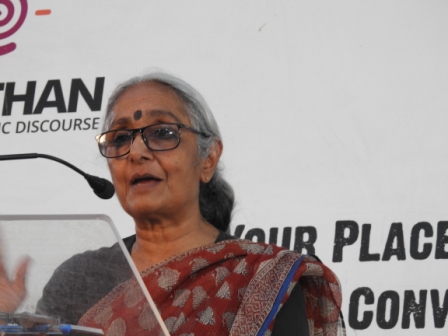 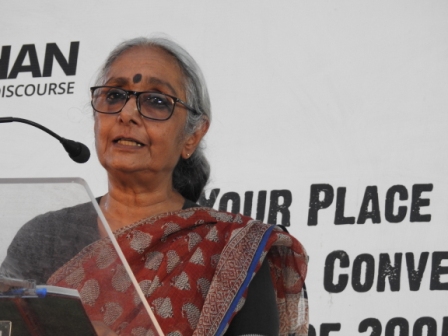 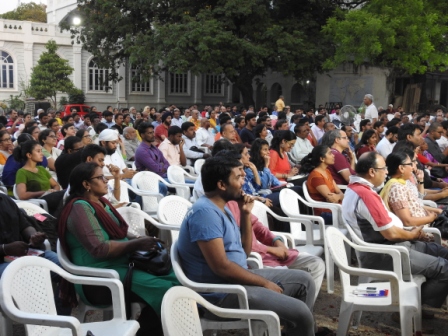 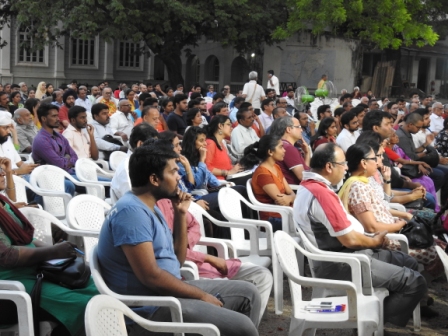 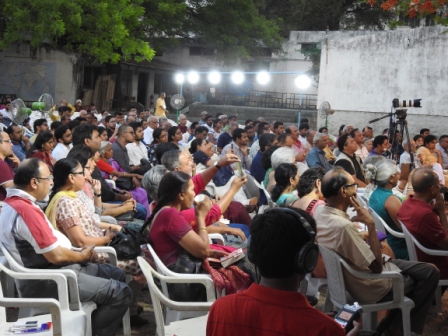 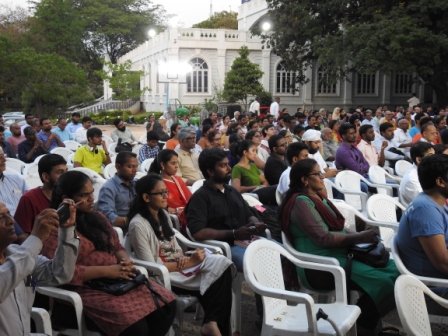 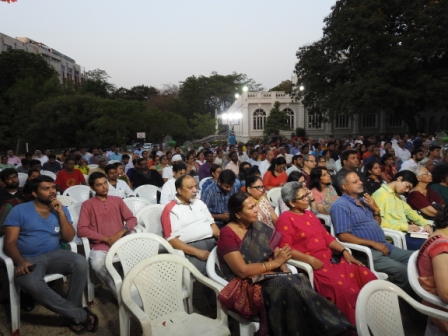 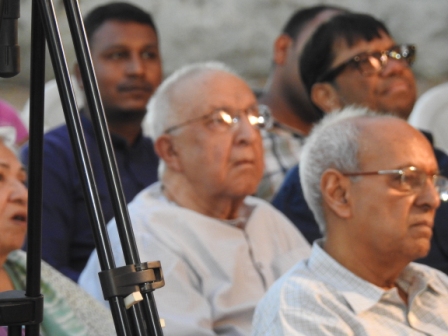 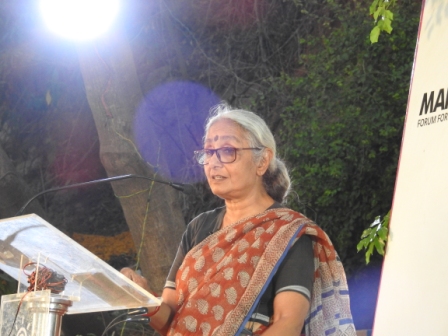 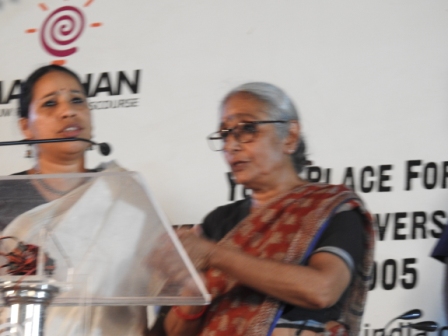 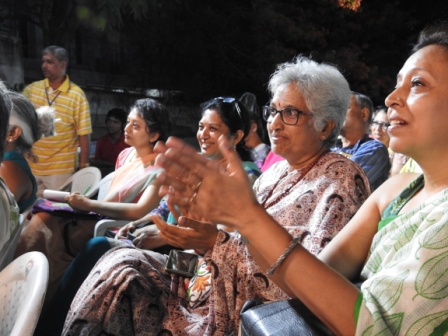 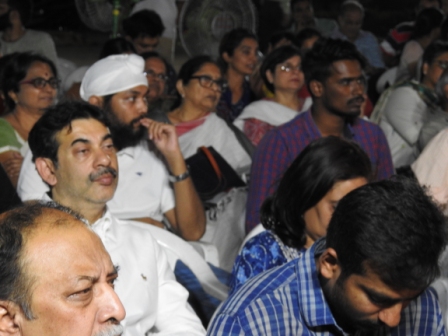 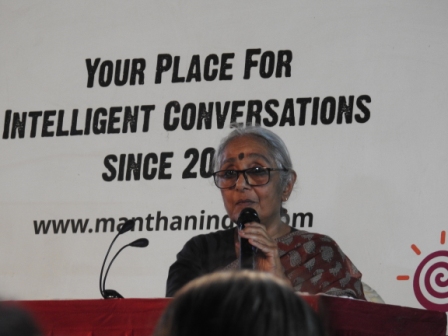