Manthan Festival 2011 was a celebration of thoughts, debates and culture.

An evening with Vidya Rao was  well called for.
Vidya Rao is one of India’s foremost Hindustani classical singers specialising in thumris, dadras, ghazals etc. She is known to captivate audiences and keep them thrilled and engaged for several hours.
Coupled with her explanations, her singing was a treat.
She was accompanied by very accomplished artistes, on the tabla by Shanti Bhushan Jha from Delhi and on harmonium by Surendra Bharathi, from Hyderabad.

Ms Vidya is a performer par excellence of the delicate style of thumri-dadra singing. For many years the disciple of the legendary singer, the late Smt Naina Devi, she has continued her study of this form under the renowned Smt Girija Devi and Smt Shanti Hiranand. Her training has therefore helped her imbibe the traditional gayaki of both Banaras and Lucknow styles. Her initial training in khayal was under the late Prof. B.N. Datta and thereafter under Pandit Mani Prasad of the Kirana gharana.
Specialising in thumri-dadra and the allied folk derived forms such as chaiti. hori, kajri etc, Vidya also sings ghazal in the traditional thumri-ang style, as well as the devotional poetry of the medieval bhakti and sufi mystic poet-saints. Her repertoire includes Sanskrit verses from the Hindu and Buddhist texts, as well as the Islamic elegiac forms of soz and marsiya and praise-forms like naat etc.

Vidya Rao has performed at national and international forums, has composed and sung for the theatre, for film and for dance. She has been associated with the Delhi-based theatre group Vivadi, and has researched and designed the music, composed, sung and acted in several of their productions. She has collaborated with other artists to create innovative and experimental works. She has conducted lecture-demonstrations and workshops in music with schools and colleges and also for young professionals.
The recipient of Fellowships for the intensive study of thumri from the Ford Foundation, and the Indian Government’s Department of Culture, Vidya Rao has researched and written extensively on music and the performing arts, has published in several academic journals and books, and has presented papers on music and the performing arts at various seminars and conferences. Her most recent work Heart to Heart: Remembering Nainaji is a memoir of life with her guru Naina Devi.

Vidya Rao has been Visiting Professor at the School of Arts and Aesthetics, Jawaharlal Nehru University, New Delhi, and Visiting Fellow at the Centre for Advanced Study, Jadavpur University, Kolkata. She is Visiting Faculty and Advisor to several institutes and organisations, and is Consulting Editor with Orient Blackswan Publishers, New Delhi.

Mr Bharathi is a sought after accompanying artist from Hyderabad. He revels in the ‘gaayaki’ style of Harmonium playing which blends harmoniously with the vocal music.

He had his initial training under Late. Pt.Vasudev Rao Lasinkar. He has learnt and continues to train in Hindutani vocal music from Shri. Vajendra Ashrit. He has accompanied almost all the leading vocalists of the present and earlier generation; notable among them being Pt. Jasraj, Kishori Amonkar, Prabha Atre, Malini Rajurkar, Rajan Sajan Mishra, Pt. Ulhas Kashalkar, Ajoy Chakravarthy, Late Gangubai Hangal, Late Mallikarjun Mansur, Late Basavraj Rajguru.
He manages two professions; the other being a Chartered Accountant in practice 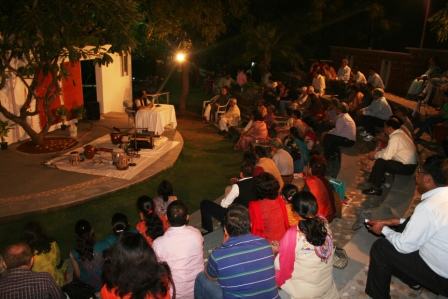 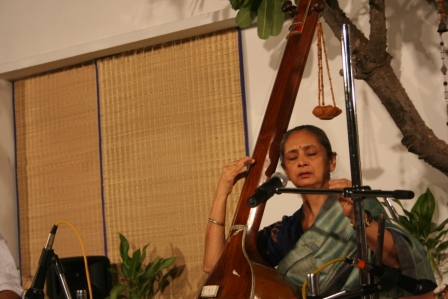 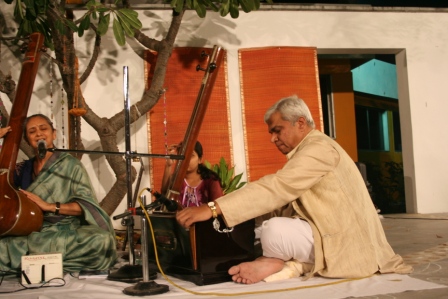 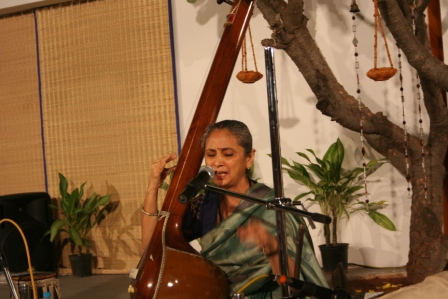 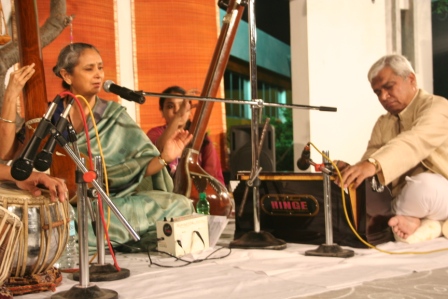 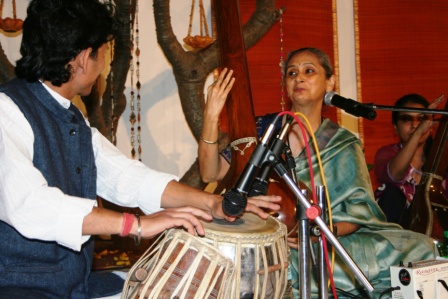 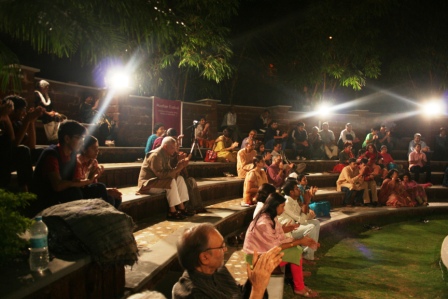 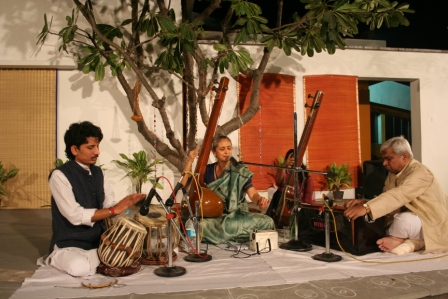 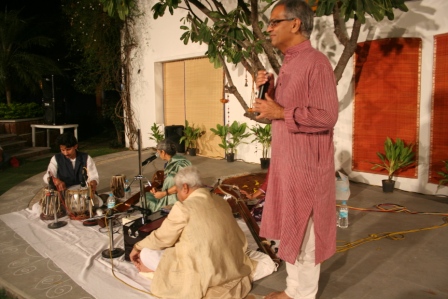