The US share of the world economy has fallen from 50% to 25% in the last few decades. Europe is facing a debt and demographic crisis. In fact, the US itself is a debtor nation. Whilst old powers are in decline, new powers are on the rise. Some of these so called new powers are not so new. China is the original great power and for most of human history the Chinese economy has been the largest in the world. Yet, China has an environmental problem of gargantuan proportions. Its system of governance is still evolving and its global cultural footprint is minimal. Other powers, old and new, are beset by enormous internal challenges too.

With over 7 billion people, tremendous technological change, constant connectivity, scarce natural resources, environmental challenges, increasing inequality and popular upheavals, the world is going through an epochal period. In the early 20th century, European nations became democracies and women got the vote. In the second half of the 20th century, we saw decolonization. Today, the way we live is changing and that is challenging not only national structures but also international institutions. New actors such as giant financial institutions and powerful corporations have sprung up. Small businesses on main streets of towns are being replaced by chains, heralding a new era of corporate mercantilism. As stated earlier, inequality is increasing nearly everywhere. This combined with ‘highly uneven educational quality” threatens to tear apart social fabrics and cause political upheavals.

Power is changing hands both internationally, within nations, within societies and even within families. The future of the world will depend on how these powers handle their challenges and figure out ways to cooperate. Old powers have to learn to give way and new powers have to learn patience if we are to avoid disaster. Dominant elites will have to turn enlightened if they are to avoid the pitchforks on the streets. Old certainties are in question and it is again time for us to reinvent our social structures, political institutions and economic systems.

Mr Singh is the Founder, CEO & Editor-in-Chief of Fair Observer, a journal on world affairs, and he teaches Political Economy at the University of California, Berkeley. Fair Observer examines the deeper issues behind the news, provides context and brings together perspectives from around the world. Already, it has more than 1,500 contributors from over 40 countries, including Nobel laureates and Gaza teenagers. As per Google, Fair Observer’s audience comes from 219 countries and is highly influential. Its advisers include John Bruton, the former Irish Prime Minister who began the Northern Irish Peace Process, and Chitra Subramaniam, the legendary journalist who investigated the Bofors corruption scandal.

Atul has an eclectic background. He studied Philosophy, Politics and Economics at Oxford on the Radhakrishnan Scholarship and did an MBA with a triple major in finance, strategy and entrepreneurship at the Wharton School. He has worked as a corporate lawyer in London for Freshfields Bruckhaus Deringer, whose clients include the Queen and the Bank of England, and served in the border states of Nagaland and Kashmir as an IPS officer. He has also been a poet, playwright, sportsman, mountaineer and a founder of many organizations. Atul’s knowledge is eclectic, and his friends often joke that it comes in handy when access to Google is limited. In 2013, the US government awarded Atul a green card for extraordinary ability in foreign policy and international affairs.

Atul writes The World This Week, a column on the most important global developments every week. His analyses of the Greek Debt Crisis, the Chinese Stock Market Crash and the Global Economic Slowdown continues to be read by students in leading universities and by key players on Wall Street. In early 2007, Atul predicted the Great Recession of 2008 in a landmark article titled, “Mountains of Debt, Oceans of Reserves: The Yankee Doodle and Dragon Dance.” Atul’s grasp of the global economy and geopolitics is exceptional. His lectures, talks and Socratic Sessions are in high demand. He has spoken at reputed companies such as Google and Pepsi. Atul is an exceptional orator who debated extensively at the Oxford Union. He has lectured widely from Harvard and Yale in the US to St. Stephen’s College and Indian Institute of Technology, Kanpur in India.

Coming from the heterodox tradition of the Gangetic Valley, Atul stresses on context whether it is economics or leadership. He believes that great leaders are able to understand the context they operate in. By dressing in a loincloth and spinning his own yarn, Mahatma Gandhi was able to convert the concept of swadeshi into a daily reality. By constantly innovating, Steve Jobs raised the bar for technology visionaries. He is convinced that leaders need the ability to connect the dots and to translate their vision in such a manner that it finds resonance among others.

Finally, Atul believes that new economic, political and economic paradigms are long overdue in a world where the destinies of over seven billion people are increasingly intertwined. The scale and pace of change is increasing exponentially. Furthermore, in the era of mobile phones and Facebook, the human mind is constantly in Brownian motion. Atul believes that is now more important than ever to sit back, look up and slow down to reflect deeply on issues that truly matter. He also believes that we have to understand nuance and develop judgment. The binary distinction between sin and virtue, rationality and irrationality, heaven and hell does not work. People are complex, the world is kaleidoscopic and Atul delights in making sense of it. 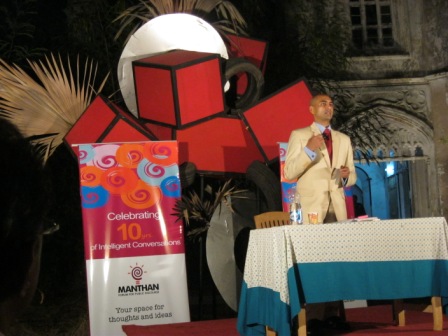 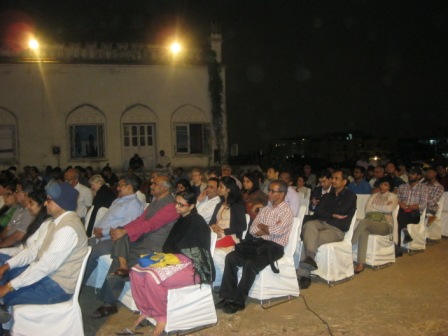 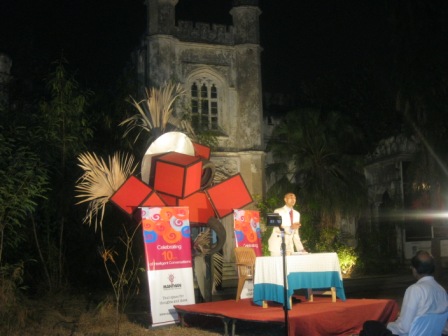 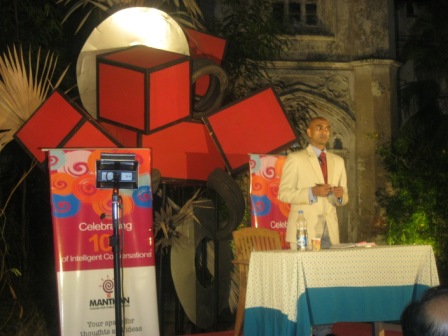 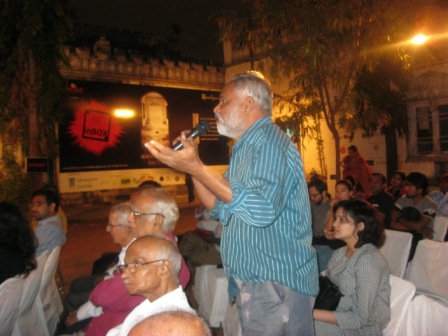 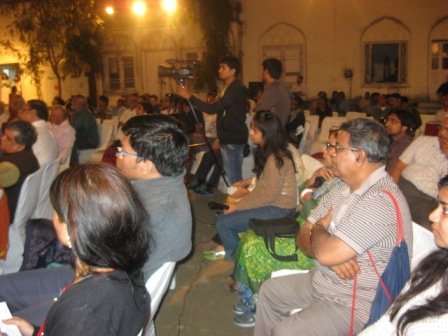 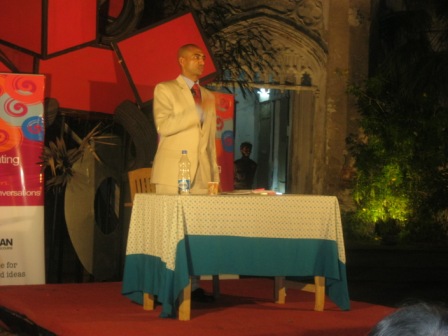 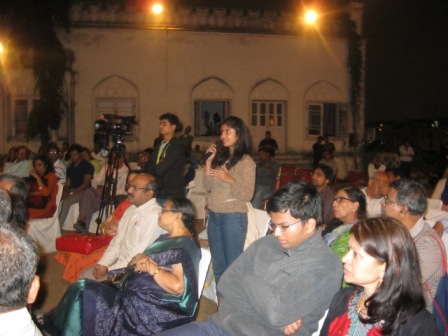 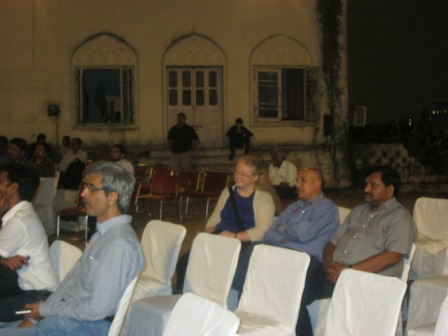 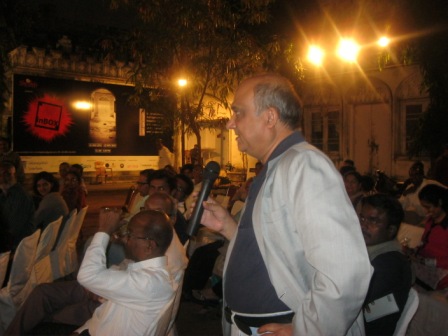 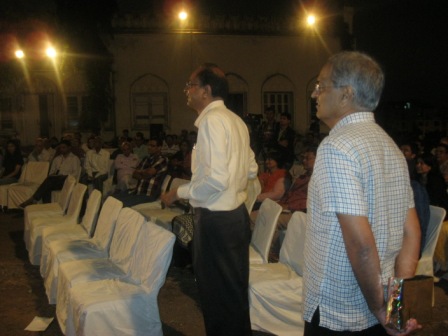 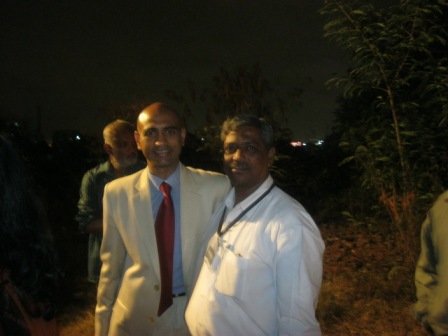 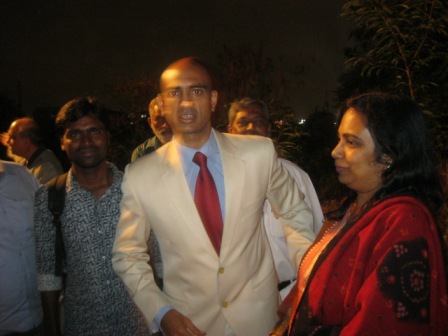