India is, today, a study in contrasts, with a startling dynamism contending with multiple, overlapping and enduring stratifications, against the backdrop of an increasingly fractious democracy. As the country’s complex and polarized identities are harnessed by an unscrupulous politics, spaces emerge for competitive extremism, insurgency and terrorism. Incoherent policies and colossal deficits in capacities of response hobble internal security management, even as a range of external destabilizers compounds internal instability.

Recent trends in major internal conflicts in India – Pakistan-backed Islamist terrorism, the Maoist insurgency, and the ethnic fundamentalist insurgencies of India’s Northeast – have all registered dramatic declines in indices of violence. This gives reason, of course, for some satisfaction; but those who study India’s security recognize that, while violence may have diminished, the nation’s vulnerabilities abide. Some of these vulnerabilities have, indeed, been deepened by the very forces of development that have benefited many, but that have, equally, caused distress to others in an environment where “scarcity and abundance coexist”.

Much of the recent ‘relief’, moreover, is the result of extraneous factors rather than the sagacity of policy or the effectiveness of enforcement. While the mounting crises of capacity, not only within the security apparatus, but across the wider spectrum of governance, is increasingly emphasised in the policy discourse, little has been done over the past years to address it. Real capacity augmentation has been, at best marginal, while flashy and ineffective – indeed, often counter- productive – institutional and legislative innovations have created an illusion of political ‘action’.

Worse, there are hard limits to the very possibility of creating the capacities, which are urgently needed if India’s internal security vulnerabilities are to be plugged and the faultlines of its fragile social and political system are to be stabilized.

While rapid economic growth has increased state resources, the policy environment remains crippled by the lack of a strategic culture and foresight. A fragmented system, enfeebled by legal and structural infirmities, has eroded national capacities to deal effectively with threats to the nation’s security. At the same time, rapid processes of contemporary transformation continue to produce enormous potential for discord, even as they feed a number of enduring internal conflicts.

India’s existing and substantially degraded institutions have little capacity to act with the clarity and determination that is necessary for effective internal security management, and the containment of the threat of terrorism and extremist political violence. Worse, the state continues to persist with failed response paradigms, even as the possibility of necessary transformations is constantly undermined by a muddled discourse, diversionary and theatrical innovations, and outright corruption.

Dr Sahni’s talk examines a wide spectrum of India’s internal security vulnerabilities – her ‘faultlines’ – and the capacities and strategies, both existing and potential, to address these.

Dr. Ajai Sahni is a well known expert on internal security in India and South Asia.

He is Founding Member & Executive Director of the Institute For Conflict Management. The Institute focuses on research, documentation and consultancies on issues relating to internal security, primarily in South Asia. Dr. Sahni is responsible for research and administration; and oversight of and participation in consultancy projects, including advisory projects undertaken for various National or State Governments. Other positions currently held include:

Executive Director of the SOUTH ASIA TERRORISM PORTAL, since its conception in 1999 and launch in March 2000. This is ICM’s flagship project, and Sahni was responsible for its conceptualisation and planning, and remains in charge of its continuous implementation and augmentation. SATP is now the world’s largest open source database on terrorism and insurgency in the South Asian region, and serves as an authoritative source for a wide range of governmental and international institutions and commentaries; these have included, for instance, the UK Border Agency; the Australian Parliament, which lists SATP among “Key Internet Links on Terrorism Law”; the Federal Research Division of the US Library of Congress which lists SATP on its “Inventory and Assessment of Databases Relevant for Social Science Research on Terrorism”; and the US State Department’s Country Reports on Terrorism.
Editor, SOUTH ASIA INTELLIGENCE REVIEW (SAIR) since its launch on July 22, 2002.

Executive Editor of FAULTLINES: WRITINGS ON CONFLICT & RESOLUTION, the quarterly journal of the INSTITUTE, since the commencement of the journal in 1999.

Founding Member and Associate Director of the Urban Futures Initiative.
Dr. Sahni has also collaborated on projects with the United Nations University, specifically, on the UNU project on the Management of Insurgencies; and on the UNU World Governance Survey. He has researched and written extensively on issues relating to conflict, politics, development and policing in South Asia, and has jointly edited (with K.P.S. Gill) Terror & Containment: Perspectives on India’s Internal Security; and The Global Threat of Terror: Ideological, Material and Political Linkages.

In 2006, Sahni was asked to submit written evidence to the UK House of Commons Select Committee on Foreign Affairs regarding Islamic terrorism in South Asia. He has been cited as an expert on counter-terrorism and counter-insurgency by almost every major English language news publication across the world, and by many publications in other languages as well.

Dr. Sahni has served as a member of the Uttarakhand StatePolice Commission, and of the Strategy Formulation Group of the Maharashtra Police. He has lectured widely at various professional and security institutions, including the National Defence College, Delhi; National Police Academy, Hyderabad, Administrative Staff College, Mussoorie, among others.

He received a Ph.D. from Delhi University with his thesis on Democracy, Dissent & the Right to Information, and has a career that spans both the print and electronic media, as well as research. 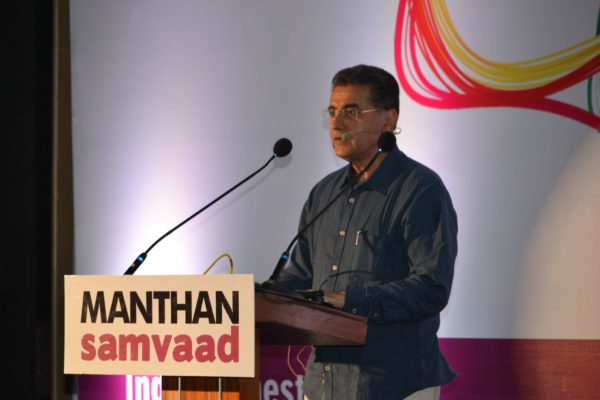 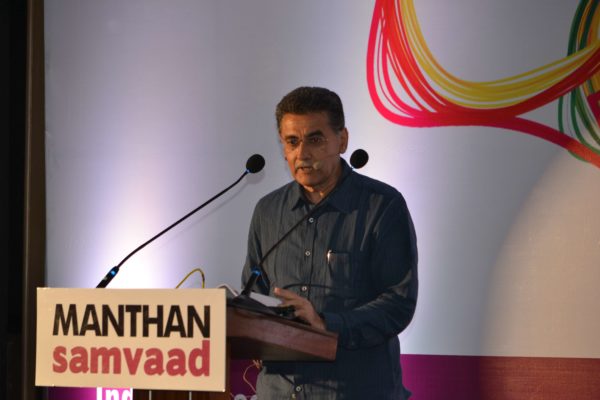 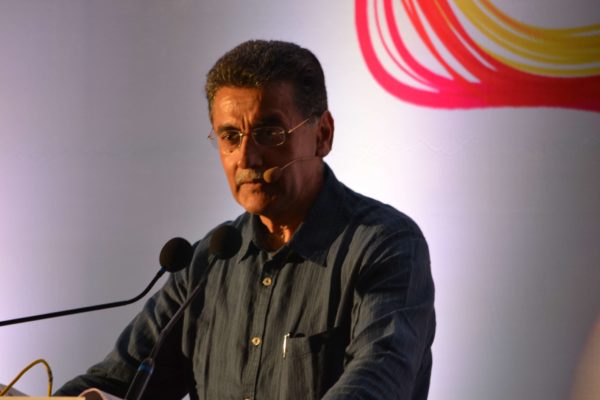 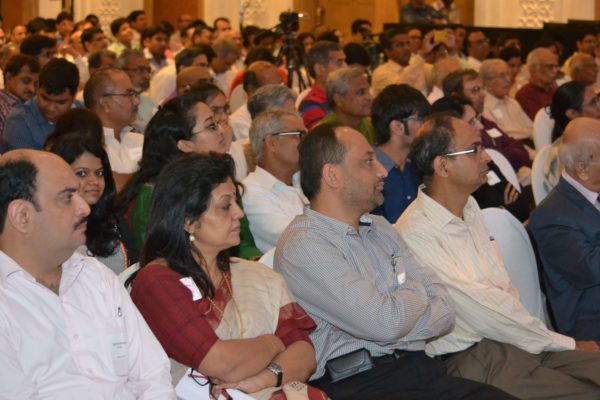 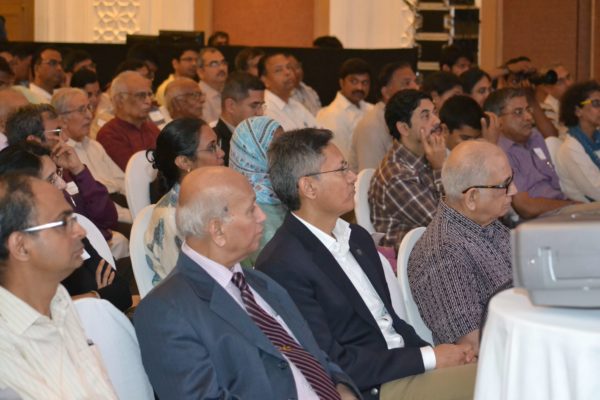 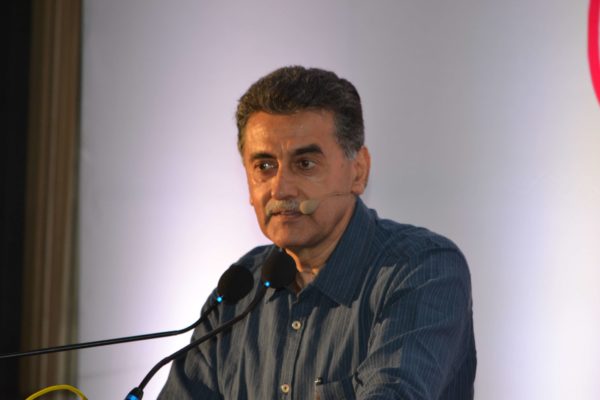 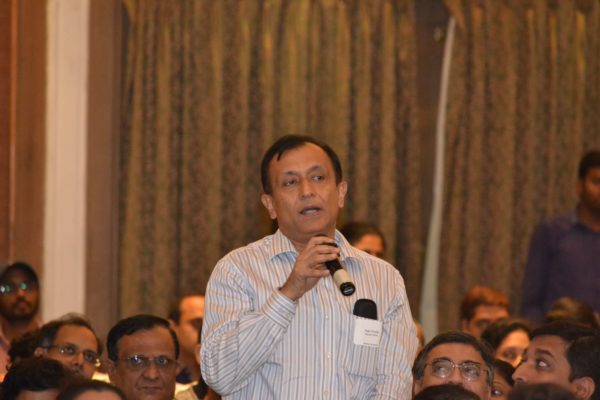