Rajiv Satyal, Azhar Usman and Hari Kondabolu have been bringing audiences of diverse religious and ethnic backgrounds together through laughter. Now, these three, critically acclaimed American comedians of Indian ancestry brought their side-splitting, thought-provoking show MAKE CHAI NOT WAR to Hyderabad, courtesy of the U.S. Consulate General Hyderabad in partnership with Manthan.

Satyal worked at Procter & Gamble from 2000 to 2006. He started in purchasing at P&G but switched to marketing in 2004.Satyal began an MBA at Xavier University in Cincinnati but did not finish it. He gained admission to New York University Stern School of Business after fewer than three years of full-time work but did not attend. Satyal co-led branded entertainment strategy for all brands in North America for Procter & Gamble, the world’s largest advertiser.While at P&G, Satyal created content for Home Made Simple, a site visited by 15 million people per month.He was named P&G’s Funniest Employee in 2005. Satyal performed stand-up routines at corporate events. Satyal left P&G and moved to Los Angeles in 2006 at the age of 30. He was Brand Manager of FIJI Water for 12 weeks. He is the third comedian to come out of the Cincinnati offices of Procter & Gamble.
Comedy
Satyal started doing standup comedy in 2002.He got his start in standup comedy at Go Bananas Comedy Club in Montgomery, Ohio. Satyal was a UC College of Engineering student when he started doing comedy. His brother, Rakesh Satyal, saw an article about the Funniest Person in Cincinnati contest and encouraged him to enter. Rajiv had some material written for a book he was thinking about, but instead, used it at his tryout. He made it to the semifinals his first time around in 1998. The next year, he won. For the next three years, Satyal teetered on whether he wanted to do comedy. He’d do a few shows one weekend, then shy away from it the next. He got serious about comedy in 2002.
In 2005, Satyal entered the Funniest Person in Cincinnati contest, this time in the semipro/professional division, and won it.
Satyal has worked with Dave Chappelle, Kevin James, Tim Allen, Kevin Nealon, and Russell Peters.

Azhar is an American comedian, actor, writer, and film producer of Indian descent. He is a former lecturer, community activist and lawyer and has been referred to as the “Ayatollah of Comedy” and “Bin Laughin”. He is best known as one third of comedy trio Allah Made Me Funny.
He has performed in 23 countries on five different continents.Usman and his comedy have been covered by over 100 major world media outlets, including The New York Times, The Economist, CBS Sunday Morning, CNN Headline News, and a whole episode of ABC Nightline. He has played original sketch comedy characters for MTV Networks, E4, and he was the creator and star of his own short-lived, semi-scripted, alternative web comedy show Tinku’s World. He performed at Global Peace and Unity Event in the ExCeL Exhibition Centre in London. He also appeared in the independent film Mooz-lum. He has shared the stage with comedians including Dave Chappelle, Jim Gaffigan, Russell Peters, Todd Barry and Mitch Hedberg.

Hari Karthikeya Kondabolu is an American stand-up comic, actor, filmmaker, and podcast host. He is best known for his comedy on subjects such as race, identity, and inequity and the LGBT community. He has appeared on television on many occasions, and was a writer for Totally Biased with W. Kamau Bell.
Kondabolu attended public schools in Queens: PS 69 in Jackson Heights, PS 115 in Floral Park, MS 172 in Floral Park, and Townsend Harris High School in Flushing, where he graduated in 2000. While a high school student, Kondabolu repeatedly watched a Margaret Cho special on the then-new Comedy Central cable network “in awe, because up until then I had never seen an Asian-American comedian. There she was up there—strong and funny and talking about her parents. That was the first time I thought maybe I could try this.” He began writing and performing in comic skits in his global studies class at Townsend Harris, and produced and performed in a comedy night during his senior year.
His first stand-up comedy album, Waiting for 2042, was released in March 2014 on Kill Rock Stars.
His second comedy album, Mainstream American Comic, was released on July 22, 2016 on Kill Rock Stars. It debuted at #1 on the iTunes US comedy charts and at #2 on the Billboard comedy charts. 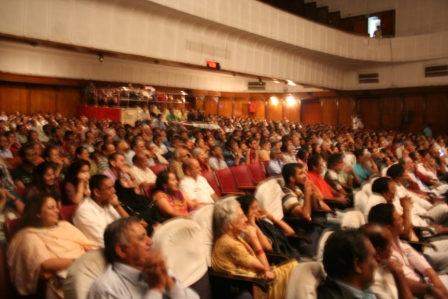 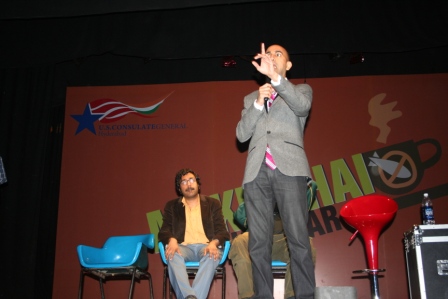 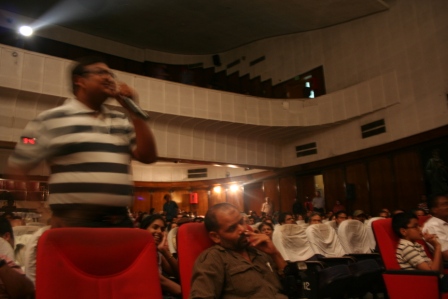 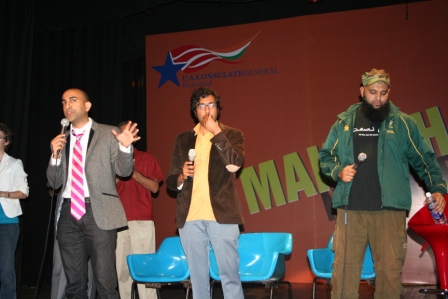 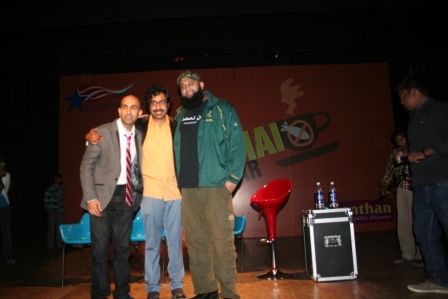